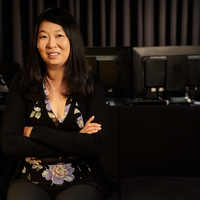 Biography
Peilin Chou is an animation film producer with an overall deal at Netflix Animation. Her entertainment content creation career also spans more than two decades and includes a number of years as a creative executive at Walt Disney Studios and Touchstone Pictures. In addition to her work on Over the Moon, she also produced Abominable, an animated feature co-production between DreamWorks Animation and Pearl Studios directed by Jill Culton, which ran in theatres last year. Prior to joining Netflix, Peilin was the Chief Creative Officer of Pearl Studios (formerly Oriental DreamWorks). In her 5 year tenure, Peilin oversaw the overall mission and creative direction of the studio, including the development and production of all Pearl Studios’ films and projects, as well as the creative oversight of all marketing, PR, and consumer products effort
Presentations
CAF - Panel and Production Talks
Producing Over the Moon