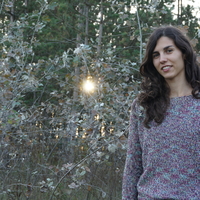 Biography
In 2012 I started my studies in Moholy-Nagy University of Art where I could gain experience and get to know lot of technics such as traditional and digital drawing animation, puppet animation and 3D. In 2014 I had a possibility to go Lisbon and have a semester in Lusofóna University via Erasmus. I finished my BA studies in 2015 June. From September 2015 until 2017 June I took part in a culture and art scolarship program called “Darmasiswa” in Indonesia. From 2017 until 2019 I was the student of Moholy-Nagy University of Art again took part in MA Animation program.
Presentations
Computer Animation Festival - Electronic Theater
Windbreak