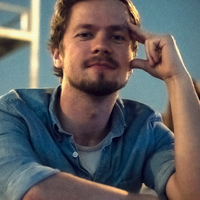 Biography
Timm was born in 1988 in Berlin.  After Highschool he did an apprenticeship to become a media designer in 2011 and started a traineeship at maz&movie GmbH in the editing/graphics department. In 2013 he was promoted to become the company’s art director for concepts, motion graphics and in late 2016 Timm started studying motion design at the Filmakademie Baden-Württemberg. After graduating, his diploma film AURA was nominated at First Steps Awards, DOK Leipzig and other festivals in the US, Mexico, Brazil and many more countries. He's living and working in Barcelona, Spain, as an AD and motion designer in
Presentations
Computer Animation Festival - Electronic Theater
Aura