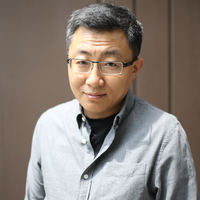 Biography
Founder of Dans Digital, a judge for film technique at the CLIO Awards from 2015 to 2017, a top advertising director and producer in China. In 2003, at the age of 30, he entered the advertising industry as an amateur. He was appraised as “3DS MAX MASTER” by AUTODESK for his influence on the industry in 2009. He has won 119 awards with his works, including 17 gold awards, 1 best of show awards. He has initiated the technique of expression of growth animation, and he was the first to apply the traditional Chinese realistic paintings style in 3D animation.
Presentations
Computer Animation Festival - Electronic Theater
The Journey of Mankind is the Sea of Stars