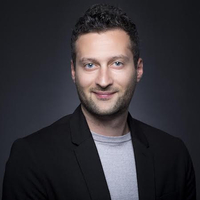 Biography
Sean Fanello is a Research Scientist and Manager at Google. His research interests include: performance capture, neural rendering, relighting and viewpoint synthesis. Previously, he was a Senior Scientist and a Founding Team Member at perceptiveIO, Inc. where he developed machine learning algorithms for 3D sensing and human-computer interaction. Prior to that, he was a Post-Doc Researcher at Microsoft Research Redmond where he contributed to the Hololens 3D sensing capabilities. He was also one of the leading members of the Holoportation project. He obtained his PhD in Robotics at the Italian Institute of Technology in 2014.
Presentations
Technical Communications
Learning Illumination from Diverse Portraits