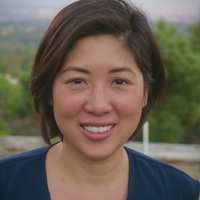 Biography
Gennie Rim is an Emmy award-winning producer whose career in animation spans 20 years. She has worked at Pixar and Disney on various films such as Cars, Ratatouille, The Incredibles, and Up. After leaving Disney, she produced several independent and commercial projects including the Academy Award winning animated short Dear Basketball with Glen Keane and the late Kobe Bryant. Most recently, in addition to her work on Over the Moon, Gennie has been handling executive producer duties on the Netflix animated preschool series, Trash Truck.
Presentations
CAF - Panel and Production Talks
Producing Over the Moon