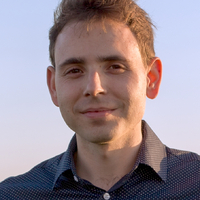 Biography
Jason Dourgarian has been in the field of 2D and 3D immersive media for the majority of his career, working on stereoscopic conversion for feature films, 360 degree cinematic VR film at Felix and Paul Studios, and light field post production at Lytro. He earned a bachelor’s degree in Film from CSU Northridge in 2011, and currently is a Technical Artist at Google working in the areas of AR, VR and ML. He's passionate about applying cutting edge research and technology into creative and interactive explorations.
Presentations
Technical Communications
Learning Illumination from Diverse Portraits