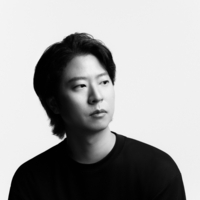 Biography
Oh, who directed the 2018 Annecy Cristal-winning series, PIG: The Dam Keeper Poems, spent six years as an animator at Pixar - from 2010-2016 - before joining colleagues Robert Kondo and Daisuke “Dice” Tsutsumi at their studio, Tonko House, home to the award-winning The Dam Keeper franchise. He is currently directing and executive producing with Tsutsumi on Tonko House’s new Netflix project.

In addition to his work as an animator on Pixar films like Brave, Inside Out, Finding Dory, Piper, Lou, and Sanjay’s Super Team, Oh found time to direct his own animated shorts: Communicate, Heart, How to Eat Your Apple, and O.
Presentations
CAF - Panel and Production Talks
The Production of Opera