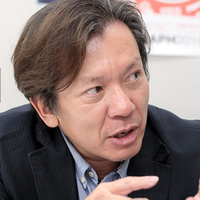 Biography
Prof. Shigeo Morishima was born on August 1959. He received the B.S., M.S. and Ph.D. degrees, all in Electrical Engineering from the University of Tokyo, in 1982, 1984, and 1987, respectively. He was a visiting professor of University of Toronto from 1994 to 1995 and an invited researcher of Advanced Telecommunication Research institute from 1999 to 2011. Currently, he is a professor of School of Advanced Science and Engineering, Waseda University. He was a General Chair of ACM VRST and VR/AR adviser of SIGGRAPH ASIA 2018. He received CG JAPAN AWARD 2020 and other many awards and fellows of societies.
Presentations
Technical Communications
Song2Face: Synthesizing Singing Facial Animation from Audio