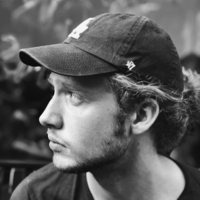 Biography
Jeremy Schaefer is a 22 year old graduate of Ringling College. Growing up in Kentucky, he discovered his passion for art and filmmaking while creating films with his older brother. At school, he honed his skills and created projects to land him an internship at Walt Disney Animation Studios. He set out to create his animated thesis film, “The Box Assassin”. With the guidance from his faculty, he completed the film. After graduation, Jeremy accepted a position as an animator at DreamWorks. He continues to do what he loves; creating, animating, and making films for audiences all around the world!
Presentations
Computer Animation Festival - Electronic Theater
The Box Assassin