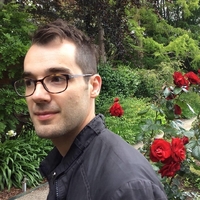 Biography
Michael Hutchinson is passionate about exploring the intersection of art and technology. Between 2012 and 2015, he served as the technical lead for Character Technology (CharTech) at DreamWorks Animation, developing next-generation rigging technology. From 2015 to 2020, he served as Chief Scientist at Baobab Studios, where he helped bring to life interactive animations for VR, including the Emmy Award-winning Invasion!, Asteroids!, and Crow: The Legend. At present, he works as a software engineer at Apple.
Presentations
Poster
Enhanced Direct Delta Mush