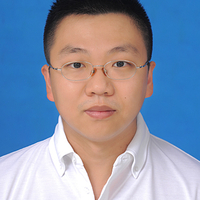 Biography
Ning Xie received the M.E. and Ph.D. degrees from the Department of Computer Science, Tokyo
Institute of Technology, Tokyo, Japan, in 2009 and 2012, respectively. In 2012, he was appointed as a Research Associate with the Tokyo Institute of Technology. Since 2017, he has been an Associate Professor with the School of Computer Science and Engineering, UESTC. His research interests include computer graphics, game engine, and the theory and application of artificial intelligence. His research is supported by the research grants, including NSFC (China), MOE (China), CREST (Japan), and The Ministry of Education, Culture, Sports, Science and Technology (Japan).
Presentations
Technical Communications
DMCR-GAN: Adversarial Denoising for Monte Carlo Renderings with Residual Attention Networks and Hierarchical Features Modulation of Auxiliary Buffers