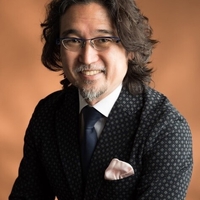 Biography
Shuzo John Shiota graduated from Sophia University, majoring in International Legal Studies. After joining Nippon Steel Corporation in 1991, Shuzo then jumped industries to participate in the launch of Dream Pictures Studio in 1997. He moved to Polygon Pictures two years later and in 2003 assumed the position of President and CEO. The company has since enjoyed exponential growth as the premier digital animation studio in Asia, winning many accolades including multiple Emmy Awards. In 2008, he was selected as one of the "25 Toon Titans of Asia" by popular industry publication Animation Magazine. He is also the recipient of the Audi Wired Innovation Award 2016. Shuzo has also juried on many major Japanese and international film festivals, including Prix Ars Electronica, SIGGRAPH, Annecy, and Digicon6. He has given talks worldwide, including TEDxKyoto in 2015. In his spare time, Shuzo engages in his life long passion as a vocalist in a classic rock band.
Presentations
Birds of a Feather
International Resources Committee Sessions
Computer Graphics in Japan, The destination of SIGGRAPH Asia 2021