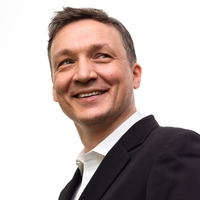 Biography
Dr. Ivan Poupyrev is an award­-winning scientist, designer and technical leader. Over the last 20 years he has invented, developed and brought to market a number of breakthrough technologies that allow for blending of digital and physical interactivity in everyday objects and devices.

Ivan is currently Director of Engineering in Google’s Advanced Technology and Projects (ATAP) group where he leads a team focused on inventing and realizing interaction technologies for our future digital lives. Previously at Walt Disney Imagineering Research Division and Sony Computer Science Labs in Tokyo, his work has been published in leading scientific conferences, received critical acclaim in the press internationally and has been recognized with numerous awards. A published author and frequent public speaker, Fast Company recognized him as one of the World’s 100 Most Creative People, describing him as “one of the world’s greatest interaction designers.” His most recent work was acquired for the permanent collection of the Cooper Hewitt, Smithsonian Design Museum. In 2019, Ivan was honored with the National Design Award for Interaction Design. Established in 2000 by the White House Millennium Council, the National Design Awards recognize design excellence and innovation across the United States.

Passionate about using technology to change the physical world since childhood, Ivan grew up in the Soviet Union and received his Ph.D. in Engineering from Hiroshima University in Japan. He currently lives in Los Altos, California.
Presentations
Key Events
XR Curated
Technology Woven In