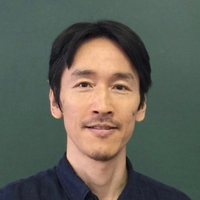 Biography
Akihiro Matsuura was born in Japan in 1968. He received his B.S. and M.S. degrees in mathematics from Kyoto University in 1992 and 1994, respectively and his Ph.D. in informatics from Kyoto University in 2002. From 1994 to 1999, he was with NTT Communication Science Laboratories. In 2003, he joined Tokyo Denki University, where he is currently a professor. His research interests include algorithm theory, interactive techniques, AR/VR/MR, and entertainment computing.
Presentations
Poster
Tactile Scaling: An MR System for Experiencing Virtual Body Scaling