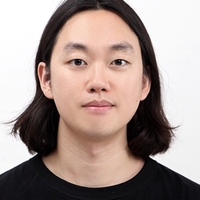 Biography
Hyunchul Kim is a creator and a researcher in Human-Computer Interaction. He is interested in the cultural property of computational media. So, he makes a new algorithm as an alternative imagination for the intelligent system that is widely used now. Project Leaver, he is working on, is the genetic algorithm simulator that has the agent who can doubt their goal. It is exhibited in
Presentations
Art Gallery
Curveillacne: Multi-user based interactive media wall