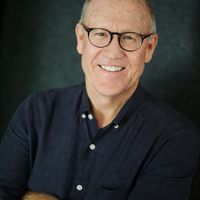 Biography
A 38-year veteran of Walt Disney Feature Animation, Glen Keane trained under Walt Disney’s Nine Old Men. Keane went on to create many beloved Disney characters such as The Little Mermaid, Aladdin, The Beast, Tarzan, and Rapunzel. In 2012, Keane departed Disney to begin Glen Keane Productions as a way to further his artistic explorations in animation, design, and film. He has since gone on to collaborate with Google, the Paris Ballet, and Kobe Bryant. His most recent project is the Academy Award-winning animated film Dear Basketball, which he animated and directed in collaboration with legends Kobe Bryant and John Williams. His animated feature directorial debut, OVER THE MOON, a co-production with Pearl Studio and Netflix, will be released October 23rd.
Presentations
Key Events
Keynote
The Continuous Evolution of Animation: A conversation with the Legendary Animator, Glen Keane