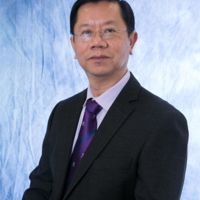 He is a professor at the Department of Computer Science and Engineering at The Chinese University of Hong Kong. He has served as the Department Chairman from 2014 to 2017 and as the Head of Graduate Division from 2005 to 2008 and then again from 2011 to 2016.

He has served as the Director of Virtual Reality, Visualization and Imaging Research Center at CUHK since 1999. He has served as the Director of Center for Human-Computer Interaction at Shenzhen Institutes of Advanced Technology, Chinese Academy of Sciences since 2006. He has been appointed by China Ministry of Education as a Cheung Kong Scholar Chair Professor in 2007.
Presentations
Technical Papers
Technical Papers Q&A
Unsupervised Detection of Distinctive Regions on 3D Shapes