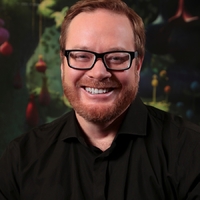 Biography
Walt Dohrn, a Cal Arts alumnus, has been at DreamWorks for almost 20 years now. Not just a director, he’s a lyricist, and has voiced characters such as the Trolls Cloud Guy and Rumpelstiltskin in Shrek Forever After, a film on which he also served as Head of Story. One of the studio’s most trusted story experts, he was Head of Story on Peabody and Sherman and was part of the story team on Rise of the Guardians, Shrek the Third, Madagascar, Shark Tale, and Shrek 2. With Mike Mitchell, he also co-directed the studio’s 2016 hit animated musical comedy, Trolls.
Presentations
CAF - Panel and Production Talks
Designing Trolls World Tour