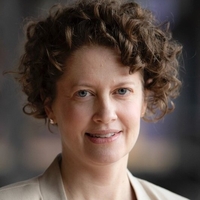 Biography
Beth Albright has been with Pixar Animation Studios since 2009, working as a character shading and groom artist on feature and short films including Toy Story 3, Day & Night, Brave, La Luna, and Monsters University. Prior to joining Pixar, Beth worked in the 2D animation industry for ten years as a color stylist and assistant art director, contributing to a variety of feature films, short films and commercials. Her credits there include Space Jam, 101 Dalmatians II, The Fox and the Hound II, and award-winning short film The Indescribable Nth. Beth received a BFA in graphic design from the University of Notre Dame and an MFA in digital animation from The Ohio State University (ACCAD).
Presentations
CAF - Panel and Production Talks
The Making of Pixar’s Wind