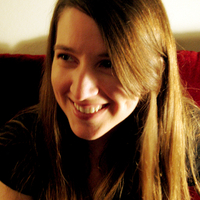 Biography
Allison Craig is a director and animator for Titmouse. She attended the Columbus College of Art and Design, focusing on traditional animation and from there, got her first animation job at Soup2Nuts based out of Boston, working primarily on children's television for PBS among other projects. Later, she moved to Los Angeles where she began working with Titmouse for clients such as Disney, Cartoon Network, and Nickelodeon. She was an animation director on Home with Tip and Oh (Netflix), storyboarded on Mao Mao: Heroes of Pure Heart (Cartoon Network) and directed on Hanazuki: Full of Treasures (Hasbro). Her short film, Barko won several film festival awards.
Presentations
CAF - Panel and Production Talks
Titmouse’s 5 Second Day Snack Chats, 2020 Edition