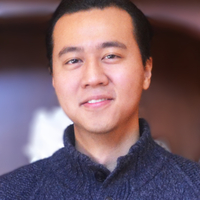 Biography
A scholar of aesthetics and theology, He Li is also a visual artist working in painting and new media. Besides his independent creativity, He has been a co-contributor at Lily Honglei Art Studio that produces many award-winning, interdisciplinary artworks.

He Li received his degrees of Master in Arts & Religious Studies (2017) and Bachelor of Arts from Yale University (2013).
Presentations
Art Gallery
Shadow Play: Tales of Urbanization