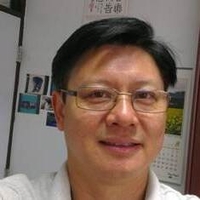 Biography
Ming Ouhyoung received BS and MS degree in electrical engineering from National Taiwan University, Taipei, in 1981 and 1985, respectively. He received Ph.D degree in computer science from the university of North Carolina at Chapel Hill in Jan. 1990. Since August 1991, he has been a faculty member in the department of Computer Science and Information Engineering, National Taiwan University. Now, he is an adjunct professor. He was once the Chairman of the Dept. of CSIE, and was the associate dean of College of EECS (2012-2015). He is a senior member of ACM and member of IEEE.
Presentations
Poster
Label360: An Annotation Interface for Labeling Instance-Aware Semantic Labels on Panoramic Full Images